The Philadelphia Chapter of Boys Town Jerusalem pulled into Ariel on January 16, 2012. The tour began with an introduction to Ariel at the Ariel Regional Center for the Performing Arts. From there, the group visited the Sports & Recreation Complex, followed by a tour of Ariel’s Netzarim Community, the Ariel University Center, and the security fence & IDF Post.

Ariel was pleased to welcome a contingent from the important Israel advocacy group, StandWithUs on January 12, 2012. StandWithUs is an international, non-profit organization founded in 2001. The group is dedicated to informing the public about Israel and combating the extremism and anti-Semitism that often distorts the issues.

America’s influential Republican Jewish Coalition visited Ariel on January 10, 2012. The group was met by Avi Zimmerman at Oranit Junction. From there the guests toured the Industrial Park, stopped by the Ariel Regional Center for the Performing Arts, got a look at Ariel’s Sports & Recreation Complex, a tour of the Netzarim Community and Ariel University Center.

Ariel was pleased to welcome the student chapter of ZOA on January 8, 2012. Guided by Avi Zimmerman, the group’s visit began with a stop at the Ariel Regional Center for the Performing Arts. From there, the students toured other parts of Ariel and its vicinity, including the Barkan Industrial Park and the Ariel National Leadership Development Center. 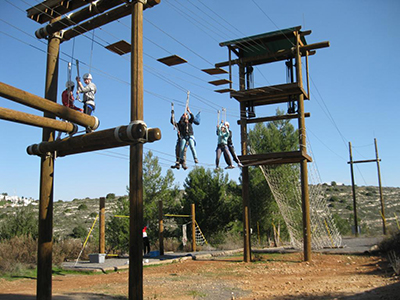 An enthusiastic delegation from JH Ranch in California arrived in the City of Ariel, the Capital of the Shomron (Samaria) this weekend to demonstrate their support. During their visit they participated in the first PRAY WITH ISRAEL prayer launch program.

Tom Doyle and Jason Elam’s visits to Ariel are beginning to become a tradition. Their December 2nd to 4th stay was their third in the space of a year.

The city of Ariel was honored with a visit by the “OU”, the Orthodox Union, one of the oldest Orthodox Jewish organizations in the United States. The group began their visit with a meeting with Mayor Ron Nachman at the Ariel Regional Center for the Performing Arts.

The City of Ariel was pleased to welcome Representative, Alan Clemmons, of the great state of South Carolina. He represents District 107 – Horry County. Mr. Clemmons stopped in Ariel as part of a two-week fact-finding mission of Israel.

Ariel was honored last month by a visit from South Korean ambassador, Ilsoo Kim. Mr. Kim said he wanted to see Judea and Samaria with his own eyes, and the City of Ariel was happy to oblige.

On November 18th, Pastor Guillermo Maldonado came to Ariel with a delegation of pastors from Florida. Pastor Maldonado is the spiritual leader of the largest Hispanic church in the US, with millions of followers internationally. On November 9th five Congressmen ventured into otherwise uncharted “territory” by traditional diplomatic delegations to Israel. A strong affinity to Israel and genuine frustration with the repetitive and fatal failures of peace plans and processes drove these American leaders to take a fresh look and Israel’s heartland.