Ron Nachman was a fourth generation Sabra, born to the founding family of the City of Nes Ziona. He held a BA in Political Science and an additional degree in Law from Tel Aviv University. Mr. Nachman was the beloved husband of Dorith, and father of four daughters.

From 1970 – 1983, he was employed by the Israeli Military Industries, as Deputy Director General of the R & D division.

From 1983 – 1985, he served as Deputy Director General of the Israel Broadcasting Authority.

In 1978 – Ron Nachman headed the nucleus of residents that founded Ariel.

In the Israeli national elections in June of 1992, Ron Nachman was elected to the Israeli Knesset, the only Likud member of Knesset from Judea, Samaria and Gaza.

In February 2013, Nachman was posthumously awarded the Israel Prize.

Ron Nachman turned a barren hilltop inhabited by only 40 families, into a thriving community of over 20,000 people.  Mr. Nachman was a firm believer in a secure and integral Land of Israel, and viewed the growth and development of Ariel as a renaissance of the pioneering Zionist spirit that built the Jewish Homeland. 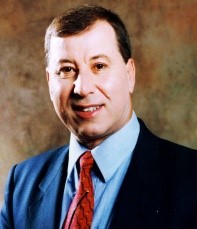