Two-time super bowl winner, Jason Elam, who holds the NFL record for the longest field-goal in history, and Tom Doyle who is known for his books and his educational initiatives to connect teach Christians about Israel, arrived in Israel on November 6th. Their first stop was – naturally – the City of Ariel! The Rabin Hadassah Chapter of Boynton Beach, which has been in Israel as part of the Hadassah Women’s Zionist Organization of America Centennial celebrations, made a whistle-stop visit to Ariel on October 21. 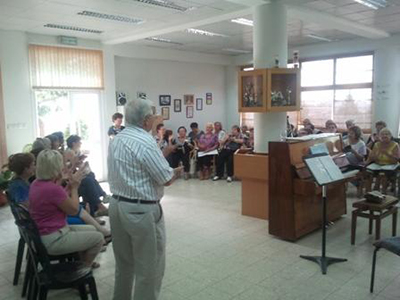 Connie and Bill Wilson, Back in Ariel

Longtime friends to the City of Ariel Connie and Bill Wilson were back in Ariel this month with a group of ladies from across the United States. This time around they visited the Senior Citizens’ Choir who dedicated the song ‘Won’t You Please Come Home Bill Bailey’ to Bill. 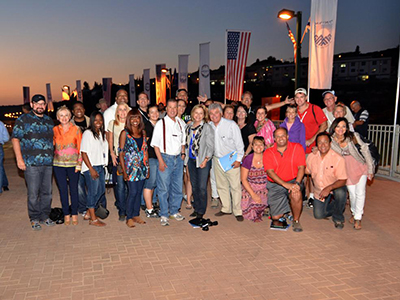 On Thursday October 18, AFA hosted a visit for a group from the JH Ranch in California. The purpose of this visit was for the group to get a closer look at Ariel and to focus on promoting the continued success and development of the Ariel National Leadership Development Center. 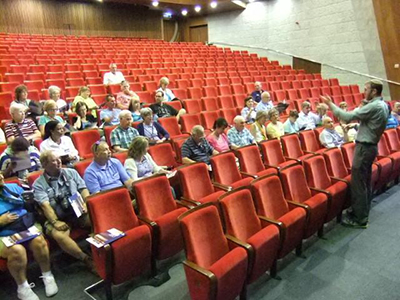 Friends of Israel, a worldwide Christian ministry dedicated to the support of Israel led by the organization’s Executive Director Dr. Jim Showers, made its second visit to Ariel this year. For many on the group this visit marked their first to Ariel and to Israel. 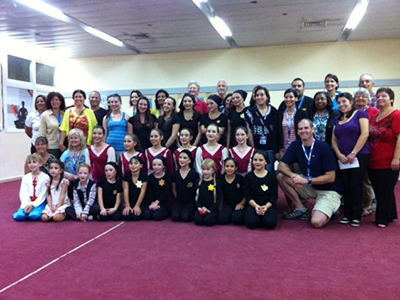 FaithWalk International Back In Ariel

The US-based Faithwalk FaithWalk International was back in Ariel on October 13 for what has become their traditional visit to the city. David Cerjan led the group together with his mother and founder of FaithwalkFaithWalk, Patricia Cerjan, his wife Amy and his brother Tim.

Each year the American Friends of Ariel provides scholarships for residents of Ariel who study for their bachelor degrees in colleges and universities across Israel. The scholarship committee requires and reviews basic criteria such as a residency of at least 5 years in Ariel, personal need for financial aid, and a genuine will to give back to the city. 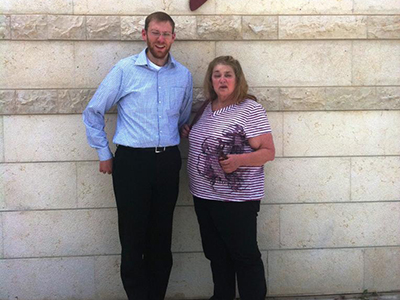 Ariel is pleased to welcome back Ruth Brandt

Friend of Ariel, Ruth Brandt, returned to Samaria’s capital for her second visit. After having toured the city previously, Ruth was so impressed with what she saw that she decided to revisit Ariel to learn how she and others in the United States might be able to assist Ariel with some of the city’s vital programs.

Ariel’s new friend, Mr. Bob Diener, brought his family and some of his closest friends to the City of Ariel on Passsover. It was a special occasion – the Bar-Mitzvah of his son Josh. The family trip, which toured much of Israel, spent a special day in Ariel. 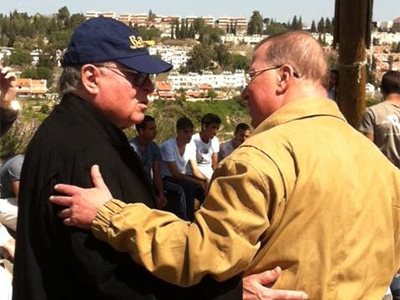 Staunch supporter of Ariel, Mr. Larry Field stopped by to see his old friend Mayor Ron Nachman this past April 1st. Larry Field brought his family with him, to give them a close up on the City of Ariel and all that he has helped the city accomplish. 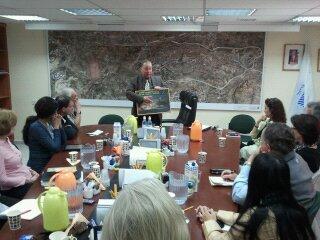 On March 30th a delegation of philanthropists who fund the project came to Ariel. The group’s objective was to get a clearer picture of what an Olive Tree Initiative participant would experience. 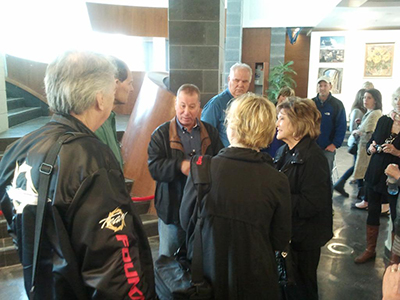 On March 28, Rev. Billye and Pastors Lynn & Mac Hammond led a delegation of church leadership to visit the City of Ariel. Billye and the Hammonds are long time friends of Ariel and Mayor Ron Nachman.