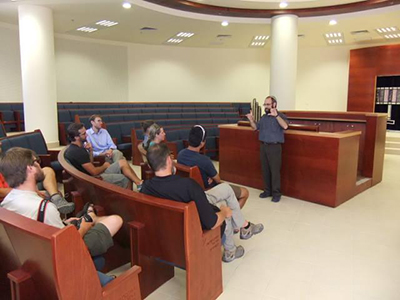 A delegation from the San Antonio church community in Texas visited Ariel on July 30 to round out their study tour of Israel led by Pastors Scott Heare and Adam Schindler of Riverside Community Church. Dani Menkin, one of the biggest names in Israeli documentary films, paid a visit to Ariel University as a guest of Eyal Boers, head of the University’s Film/TV track and filmmaker in his own right (Live or Die in Entebbe). 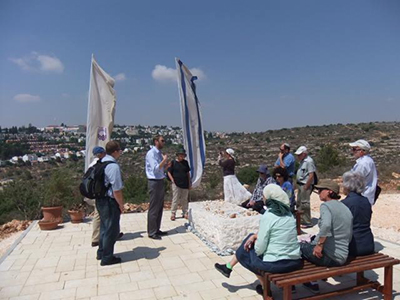 Given the growing interest of tourist and groups, American Friends of Ariel hosted a group of 15 tour guides from all over the country on July 14, 2013 to showcase the city’s treasures in the fields of education, industry, culture, and social action.

An international cadre of gap year participants of Shomer Ha’Tza’ir, a youth movement founded on the principles of Socialist Zionism, visited Ariel on June 24 to round out their understanding of a City many of them have learned to perceive as a “settlement” and “obstacle to peace.” 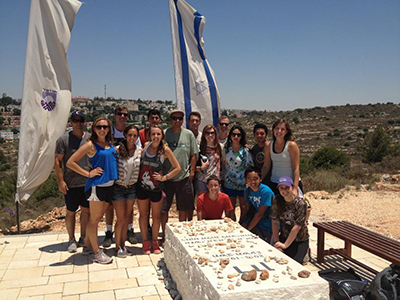 After a good night’s sleep at the Eshel HaShomron hotel in Ariel, the youth delegation of Maranatha Chapel, San Diego, was ready to kickstart its June 21 visit to Ariel at the Ariel National Leadership Development Center (ANLDC). 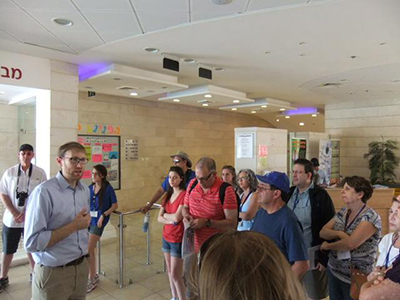 Temple Beth Am of South Florida, led by Rabbi Paul Plotkin, kicked off the summer by experiencing Ron Nachman’s legacy on June 20, 2013. The Temple last visited Ariel only a few years ago, and the group was able to witness the growth of Ariel since then. 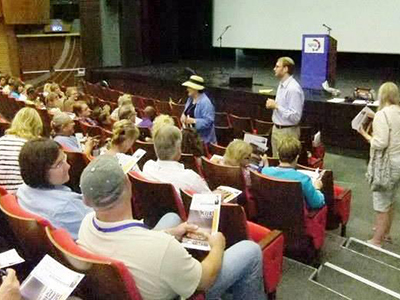 The charismatic and eloquent Billye Brim is one of the foremost ambassadors of Ariel in the Christian world, ensuring that all her groups come and experience the revival of the Land of Joshua through the City of Samaria. Billye was joined by Pastor Lynne Hammond of Living Word Christian Center in Brooklyn Park, Minnesota, and by Ariel’s longtime friend and supporter, Victoria Hearst. 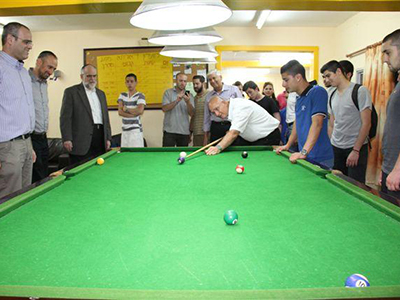 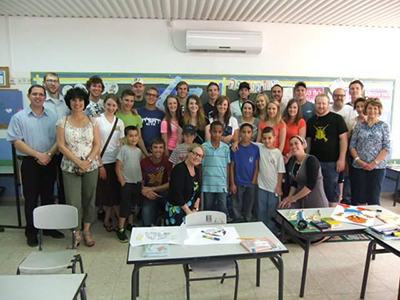 The Faith Bible Chapel International “Singers & Dancers” (FBC Internationals) of Arvada, Colorado made its annual visit to Ariel with its crew of young performers, who were both newcomers and veteran guests. The FBC Internationals perform in Israel at IDF bases throughout the country for one month each summer in a tradition that has been going on for over 20 years.

Dani Menkin, one of the biggest names in Israeli documentary films, paid a visit to Ariel University as a guest of Eyal Boers, head of the University’s Film/TV track and filmmaker in his own right (Live or Die in Entebbe). 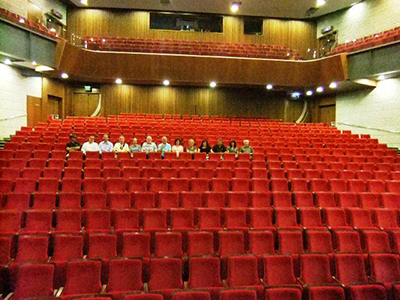 B’nai Brith Canada Walks Forward with the City of Ariel

“And people call Ariel a ‘settlement’?” remarked Frank Dimant, the CEO of B’nai Brith Canada while leading the B’nai Brith delegation into Ariel’s Center for the Performing Arts. So impressed was he by the beauty of the facility, he gathered the delegation of the dozen B’nai Brith visitors for a group portrait in the velvet chairs to challenge their international constituents with the question: “Where was this picture taken?” 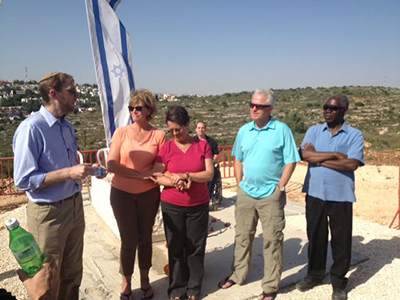 Another “Marathon” Tour of Ariel with Maranatha Chapel

Maranatha Chapel in San Diego deepened its long-standing friendship with the City of Ariel through an afternoon tour of church leaders and congregants on Monday, May 5, 2013.