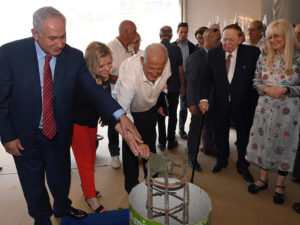 The Dr. Miriam and Sheldon G. Adelson Health and Medical Sciences Building on the Ariel University campus, set to open for the 2018-2019 academic year, will launch Ariel University’s Medical School with a starting class of 70 pre-med students. The groundbreaking ceremony began with a celebratory lunch at the AU campus.

“I am certain that the doctors of the future will come from Ariel – from the children which today are learning in the local Education system who will one day walk on campus, who learn at the AU laboratories, who are being educated on the shoulders of academia and are being nursed from the wisdom they find there,” Mayor Shaviro stated at the luncheon. 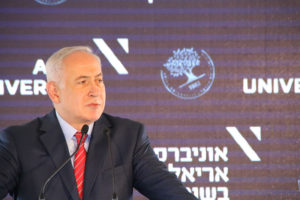 “I want to say here that we have seen a continuous line of progress,” Netanyahu continued. “Through it all, we have also opened the Ariel Regional Center for the Performing Arts (as well as developed) neighborhoods and homes.” 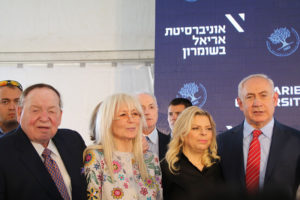 “This is not only a place of achievements – but a place with soul,” Education Minister Bennett added during the ceremony. “The Ariel Medical School will not only train doctors – it will be a fertile ground for dialogue and interaction between different Israelis, as we connect to the Land of Israel. We will remain here (in the Land) forever.”