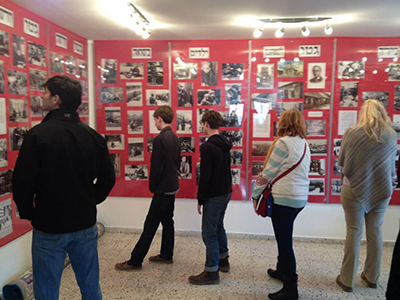 A delegation from the experiential learning center JH Ranch in California, also the inspiration behind the Ariel National Center for Leadership Development, kicked off their tour of Israel in Ariel with an “inside-out” weekend tour. Led by Heather Johnston, the JH Ranch has enjoyed a long-standing friendship with the City of Ariel, which only grows stronger with this annual tradition.

Close to forty people from all over the United States began the tour on Friday, January 3, 2014 at one of the city’s most important landmarks, the Ariel Holocaust and Heroism Memorial Museum. Irena Wodislavsky, who co-founded the Museum with her late husband, Kuba, led them through the sculpture gallery of Treblinka survivor Shmuel Willenberg’s heart-wrenching works capturing the terror of the death camp. Irena reminded them of the horrors that fueled the creation of the Jewish state through chilling icons of Nazi hate from the Museum’s artifact collection. Images of hate and destruction, however, were tempered with images of hope and revival when the group met with IDF soldiers at the Antenna Hill army outpost overlooking Ariel and the neighboring Arab town of Salfit. Ariel and Salfit once enjoyed harmonious relations until the Oslo Accords empowered terrorists with guns and justification for violence against Jews. The young commander of the base shared with the JH Ranch delegates how his comrades are dedicated to defending Jewish lives, respecting neighbors who choose the path of peace.

There’s nothing like Shabbat hospitality to give visitors a “real life” experience of the city. Through song, programming, and, of course, Shabbat meals, the teenagers of JH Ranch learned about life in Ariel and Jewish tradition through their Israeli counterparts. As one participant noted, visiting with an Ariel family provided real insight into the city and Israeli culture, and was one of the most meaningful aspects of the tour. 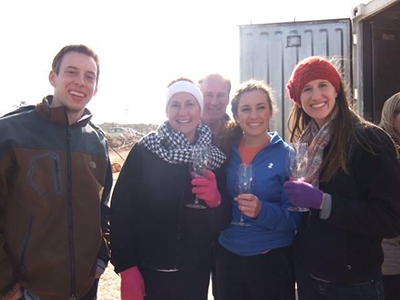 The adults and youth reunited at the start of the Israeli work week on Sunday for a geopolitical tour of the region. Issues relating to maps, borders, and political negotiations were discussed at the Ariel Regional Center for Performing Arts, but an inside look into how Palestinians and Israelis can live together in harmony was had at the Lipsky Factory. At the Barkan and Ariel Industrial Parks, Israelis and Palestinians work side by side and in a spirit of equality and mutual respect.

The Biblical roots of the land of Israel were brought into aromatic focus at Ariel University’s outdoor wine research lab, where researchers are studying indigenous grape seeds to determine the species used to produce wine in Jerusalem’s Holy Temple. The tour of the research vineyards was especially significant to the group, since JH Ranch is dotted by vineyards planted by those who see in them the realization of Jeremiah’s prophecy that non-Jews will plant vineyards in the land of Israel. 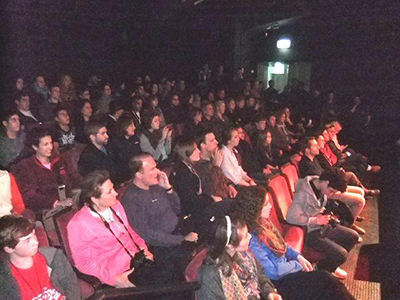 After a few sips of Ariel University’s own wine, and some lunch at the city center, the group felt energized to taste the ropes courses at the Ariel National Center for Leadership Development. Through leadership and team-building exercises, the group solidified their bond with the land of Israel.

An evening celebrating the friendship between JH Ranch and the City of Ariel was had the Ariel Regional Center for Performing Arts. Ariel’s Youth Band “Miklat 11” warmed-up the crowd with Israeli and American rock for a joint performance with JH Ranch’s house singer in California, Ronnie Freeman. Freeman and the band manager Avi Tzadkani’s performed uplifting songs they co-wrote that encapsulate the friendship between JH and Ariel. The performance was attended by Mayor Eliyahu Shaviro, Dorith Nachman, Haim Bitton, and other city officials.

With the music of Ariel still ringing in their ears, the delegation headed back to the Ben Gurion Airport ever more dedicated to take the lead in sharing the inspiring Ariel story in their communities.