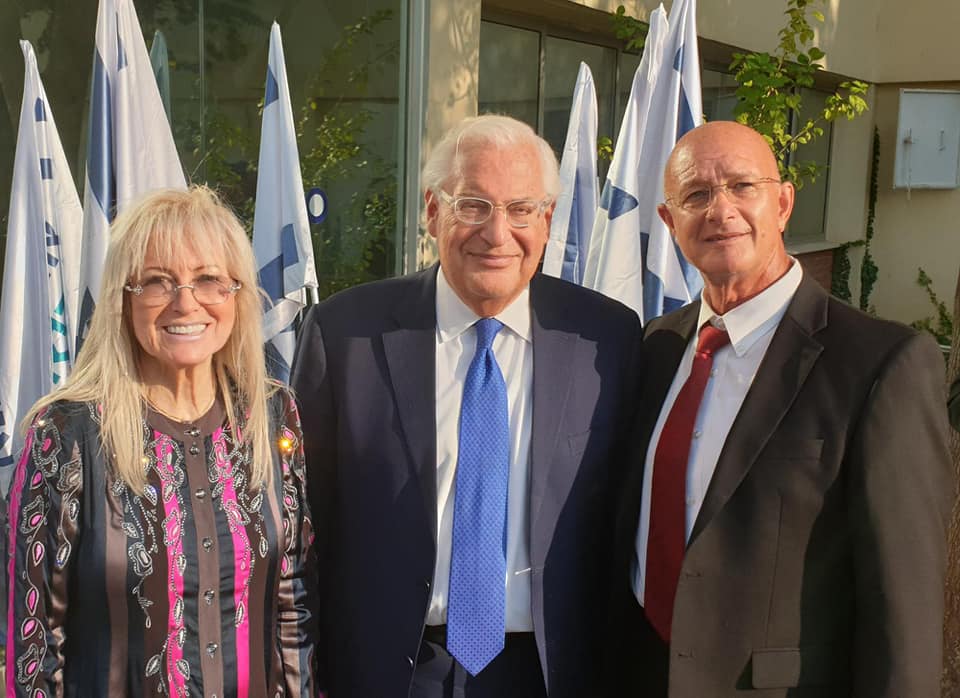 A special opening ceremony was held Sunday, the first day of university classes, celebrating the inaugural class of 70 students at the Ariel University School of Medicine.

Excerpts from a Times of Israel article from October 27th appear below.

US Ambassador David Friedman lauded the opening of the first Israeli medical school in the West Bank on Sunday after years of legal battles and international pressure.

“The lives of people everywhere, in this region, whether you are Jewish, Muslim, Christian — they have now been improved and will continue to be improved in so many profound ways. The United States Embassy enjoys warm relations with Ariel University, and we are inspired by its contributions to Israeli society and to the scientific world.”

American casino magnate and philanthropist Sheldon Adelson donated $20 million to the university in 2017 for expansion purposes, including building the medical school, which is being named for him and his wife, Miriam, an Israel-born physician.

They were in attendance at Sunday’s ceremony along with MK Naftali Bennett, who, as education minister, was instrumental in the Knesset’s passing of legislation last February that places Israeli colleges and universities in the West Bank on par with institutions located inside Israel proper and under the auspices of the Council for Higher Education.

Last April, Israel’s Council for Higher Education approved the establishment of the medical school in the panel’s third vote on the matter.
That came two months after the council overturned a decision to open the school due to issues of funding. Attorney General Avichai Mandelblit ordered an additional vote after discovering that one of the voting members had a conflict of interest.

There are five other medical schools in Israel, which supporters of the Ariel University program said fell short of filling the need for doctors in the country.
Deputy Health Minister Yaakov Litzman also participated in Sunday’s ceremony. “The Health Ministry’s professional position has always been that politics and medicine should not be mixed,” he said in reference to pressure against establishing a school in the a West Bank settlement. “The State of Israel invests in its health [care system], which is among the best in the world.”

The Friends of Ariel organization wishes the best of luck to our first class of medical students and the wonderful faculty. We look forward to seeing much success from the Ariel University School of Medicine!