THE ARIEL BREAKFAST CLUB, a series of student films from Ariel University exploring unlikely student encounters, was shown at the Jewish Film Festival of Fairfield County, CT, at the Stamford JCC, on March 6, 2014.

Themed after the John Hughes classic “The Breakfast Club” about high school students from different socio-economic backgrounds who reconcile stereotypes of each other while sitting in detention, “The Ariel Breakfast Club” takes a look at what happens when a similar scenario occurs in Israel—if you take students—religious and secular, left-wing and right-wing, rich and poor—and make them sit in a room together. Executive Director of Friends of Ariel, Avi Zimmerman, will be on hand for Q & A after the screening.

This represents the fourth community screening of “Ariel Breakfast Club” in the Unites States. To arrange a screening in your neighborhood, contact info@friendsofariel.org.

Each of the films have been acquired by major Israeli television stations and include (in recommended order of screening): 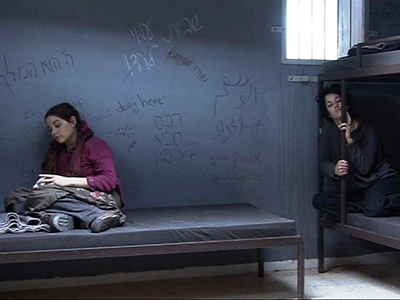 Two young women, a right-wing and left-wing activist, are forced to confront their suspicions and perceptions about the other when they’re thrown into the same jail cell on Shabbat eve. Written and directed by Yael (Fogel) Gruber When a religious university student finds herself drawn to two men—one religious, one secular—which world will she choose? Written and directed by Yochi Perel

Class divides come to the fore when popular, wealthy college student is assigned to work with a studious, underprivileged Ethiopian student. Written and directed by Moria Dvir

“In Israel, challenges breed creativity,” states Avi Zimmerman. “Israel is where disparate elements across international societies converge; East and West, traditional and post-modern, liberal and conservative, religious and secular–you name it, we got it. Israel, located at the crossroads of three continents and at the epicenter of continuous geopolitical debate, grapples with inter-societal and multicultural issues, day in and day out. It’s no surprise that Ariel’s academic students, fully cognizant of international and domestic attitudes regarding their educational environment, choose to address the most pressing issues in Israeli society today. Our students are creative forerunners, unabashedly exploring the delicate nuances that characterize all walks of life in Israel.”

Located in the City of Ariel, a bustling community of 20,000 people in the Samarian hills, Ariel University is helping to pioneer a new future for Israel and its younger generation. Given its location, Ariel University serves a bridge between Jewish and Arab communities in Judea and Samaria and the rest of Israel. The School of Communication at Ariel University offers students learning opportunities and practical training across a variety of domains in the field of communication studies: Internet and social media, strategic communication, journalism, radio, television and cinema. The school is also home to the Institute for the Study of New Media, Society and Politics–a breeding ground of ideas, initiating and implementing studies on New Media’s impact on Israel and the world.